What a whirl wind the last year has been, this time in 2017, O’Sullivan was gearing up for publication of his first novel – Our Little Secret, in eBook format. And now look where he is – Darren’s first novel is now available in paperback and his second, Close Your Eyes will be hitting your eBook device by the end of this week!

With that in mind, I was unbelievably excited to be a part of the blog tour for Close Your Eyes, and I am even more honoured to be kicking off the tour alongside the incredible Anne Bonny Book Reviews

Daniel suffers from retrograde amnesia; he is unable to remember anything before the car crash he was in.

Over the years, snippets of events start to come back but Daniel’s mother never divulges anything further to spark a full memory.

In present day, Daniel still has no complete recollection of his past.

Accept someone out there knows what he did, and they want what was stolen from them back.

They give Daniel a major clue to his past, his name hasn’t always been Daniel, before the crash, it was Michael.

Oh, and until Michael returns the stolen object; Rachel – his ex wife and Tom – his son are being held captive as collateral.

You’re probably already picking up from this review, that this book is lining up to be a fast paced, nail biting and tense read – you’d be right.

Whilst Daniel has less than a week to retrieve the item he stole; which since he hasn’t a clue what it is, sees him race down memory lane to connect the dots of his past. And what he finds is not good. His mother has been lying for years. He was much closer to his father than he was told. Oh, and he has a criminal record.

Meanwhile, Rachel is trying her best to keep calm and not allow Tom to realise what situation they are in, after all he’s only young, he doesn’t need to be mentally scarred for life. Rachel decides it’s best to treat the whole situation as a story, Tom goes along with this but as the hours stretch into days, Tom begins to get bored of the story and wants to go home. Rachel now needs a different plan, one that involves escaping.

This has to be my favourite psychological thriller I’ve read so far this year. Having the two story lines of Rachel trying to escape and Daniel trying to remember, created such a race against the clock momentum, I was utterly absorbed from start to finish.

O’Sullivan was born to do this. His writing style slots him up alongside some of the greats in the psycho-thriller land. The twist at the end was exceptional – bravo to O’Sullivan, I just didn’t see it coming.

For fans of Lisa Jewell, Claire Mackintosh, C. L. Taylor, Nuala Ellwood, Peter Swanson, this will be right up your street.

If you want to hear other perspectives on the book, be sure to check out the rest of the tour: 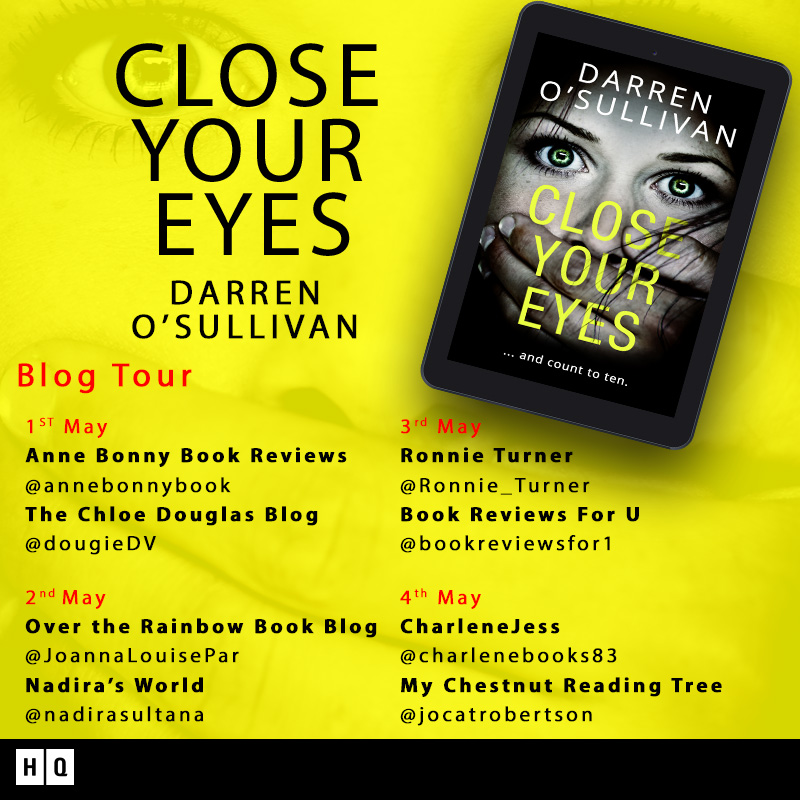