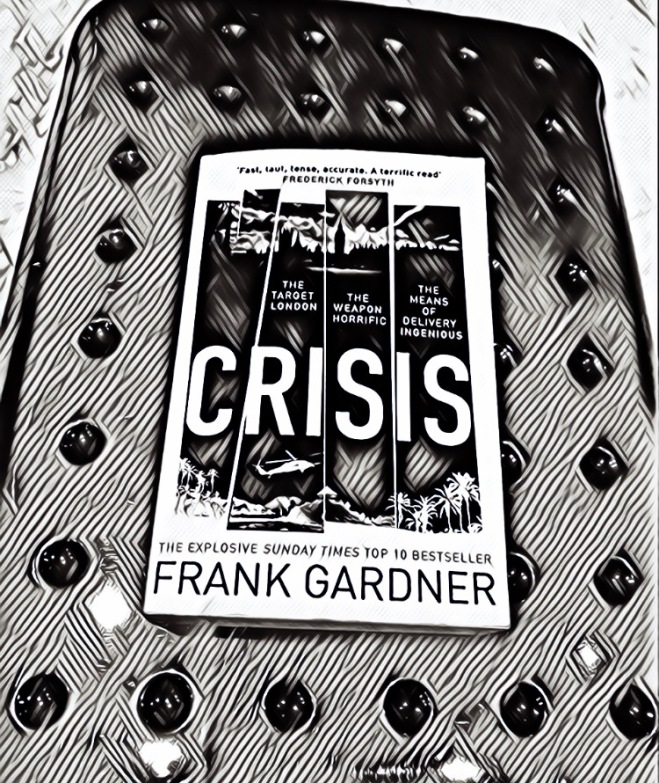 When I picked Crisis up off my shelf and read the first hundred pages, I sighed with frustration… I’d fallen into my usual trap of just picking any thriller up and assuming I’d like it. I say I’m a thriller fan but really I should be more specific, I’m a psychological thriller fan and Crisis is not a psychological thriller, it’s an espionage thriller… which sadly I’ve never had much luck with. The good news, however, is I ended up loving it!

Why did this espionage thriller work for me? When Vince Flynn, Tom Clancy and Terry Hayes had little success at piquing my interest? It had the right balance of action fighting to intelligence finding… and that’s it in a nutshell!

Jeremy Benton is brutally murdered in the Colombian jungle, he was killed because he was on to something… something which could destroy London. Luke Carlton is sent to Columbia to find out the ‘what’ and the ‘why’ but the mission turns deadly when he’s successfully kidnapped for the second time.

Luke manages to make it back to London with intel that cause the big shots in MI6 to scramble around the table in record time. A Colombian drug cartel wants to get revenge on the British with a deadly bomb. It’s a race against time as the team pull together the facts on the ‘how’, the ‘when’ and the detailed intel on the ‘what’.

It’s an incredibly large plot squeezed into 558 pages but by golly it’s good, the last two hundred pages really got my heart pumping!

If you love the espionage genre, you will love this! I’m impressed enough to buy the sequel: Ultimatum, when it comes out!